Mark is the winery’s grape farmer and a commercial vineyard real estate agent.  Mark received the 2019 Winegrower of the Year award at the Loudoun Wine Awards ceremony.

Maggie won the Winer Maker of the Year Award at the prestigious Loudoun Wine Awards Dinner for 2021. As well several of her wines also won awards that night. She was honored by her peers at the dinner for excellence in the industry and for creating wines that were considered top of the line.

In other competitions, her wines have won Best In Show in wine competitions 14 times. She is the winner of over 150 Double Gold, Gold, Silver and Bronze competition medal over a 3-year period.

Maggie opened her own commercial winery in 2013. Maggie’s first commercial vintage was in 2011. She bottled those wines in the summer of 2013 and opened her winery’s doors that fall. Today, Maggie produces 15-18 different varieties of wine. She is rated WSET Level III by the Wine & Sprits Education Trust.

Maggie Malick Wine Caves is a female-owned, boutique winery in Northern Virginia. We feature award-winning, estate-produced wines on 215 rolling acres in the shadow of Short Hill Mountain in the Between the Hills Valley, near Harpers Ferry National Historical Park, where Virginia, Maryland and West Virginia converge.  Maggie won the Loudoun Wine Association Wine Maker of the Year 2021 award.

Winemaker Maggie grew up in Washington State and joined the Navy, where she met husband Mark, a Navy pilot and, later, a commercial airline pilot. Today, when Maggie isn’t in the winery making award-winning vintages, she works as an aeronautical engineer.

Mark is the winery’s grape farmer and a commercial vineyard real estate agent.  Mark received the 2019 Winegrower of the Year award at the Loudoun Wine Awards ceremony.

They Build a Wine Cave

The couple got their start in wine-making when they bought a neglected, Christmas tree farm in Loudoun County. Lifelong wine aficionados Maggie and Mark decided to repurpose the land in 2001 and plant 5 acres of grapes. Today, they have 15 grape varieties planted on 30 acres.

Maggie took a few local wine-making classes and started reading books to learn how to make small batches of wine in the family garage.  Gradually, she developed her craft – and an affinity for blending grapes into superior wines. After winning medals in amateur wine competitions, Maggie opened her own commercial winery in 2013.

Opening a commercial winery meant Maggie’s wine-making operation moved out of the garage and into a man-made Wine Cave, covered in 4 feet of earth and grass. The Wine Cave was developed especially for its lower carbon footprint and an ability to maintain a consistent temperature throughout the year for wine making.

Maggie’s first commercial vintage was in 2011. She bottled those wines in the summer of 2013 and opened her winery’s doors that fall. 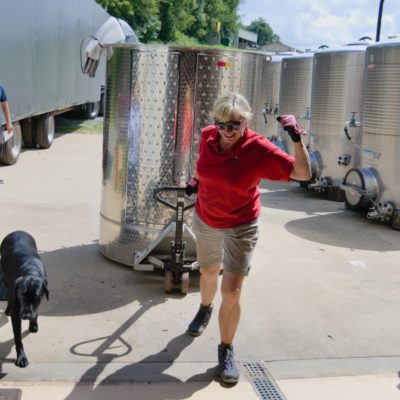 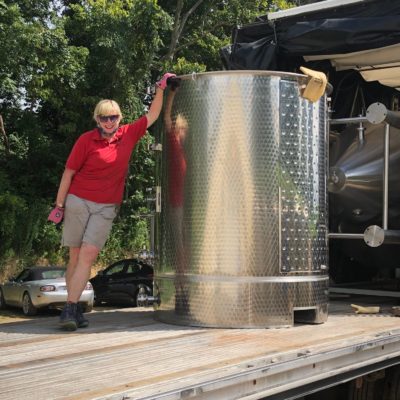 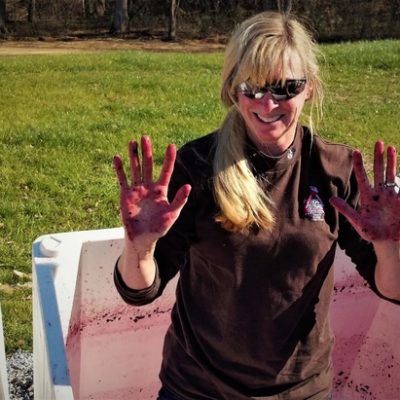 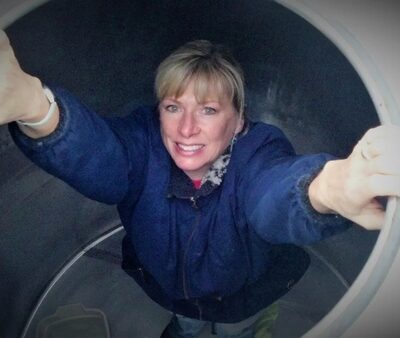 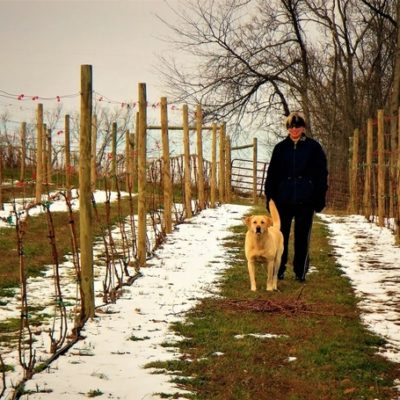 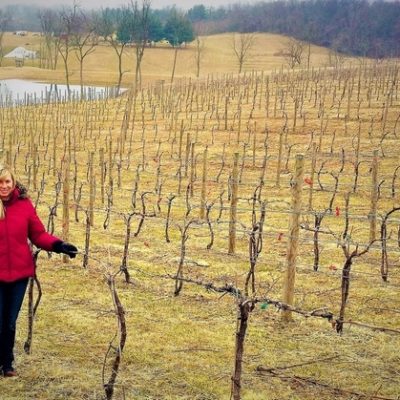